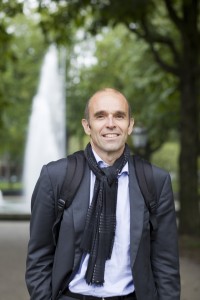 Maarten Hajer is distinguished professor Urban Futures at the department of Geo Sciences of Utrecht University. 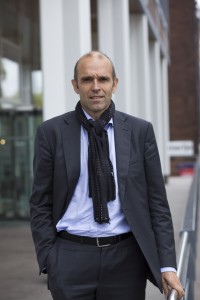 Hajer is the author of more than ten [books] and many [articles] and contributions to books. Best known are The Politics of Environmental Discourse (Oxford, 1995); Living with Nature (Oxford 1999; eds. with Frank Fischer); In Search of New Public Domain (Rotterdam, 2001, with Arnold Reijndorp); Deliberative Policy Analysis – Understanding Governance in the Network Society (Cambridge, 2003, editor together with Hendrik Wagenaar). In 2009 he published Authoritative Governance: Policy Making in the Age of Mediatization (Oxford University Press). His new book is Strong Stories – how the Dutch reinvent their Planning Practice (010-Publishers, Rotterdam, editor together with Jantine Grijzen en Susan van ‘t Klooster) [more]. For PBL he wrote the essay 'The Energetic Society' (2011) which connects his expertise to the wealth of knowledge at PBL.

From 1998 until 2015 he held the Chair of Public Policy at the University of Amsterdam. The Dutch Cabinet appointed him as Director of the Netherlands Environmental Assessment Agency (PBL – Planbureau voor de Leefomgeving) in 2008 which term ended in 2015. He was elected Government Manager of the Year in 2014.