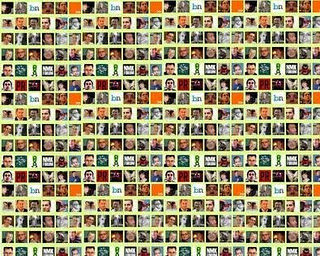 In 2009 I published Authoritative Governance, taking issue with the ‘dumbing down’ thesis on media and politics. According to this ‘dumbing down’ thesis we now live in an age that privileges style of content, in which the image has won from the text, the sound bite from the carefully crafted argument. The point of the book was, however, that this dumbing down thesis was vulnerable on both theoretical and empirical grounds.

The case studies in the book showed the crucial way in which technologies like television, mobile phones, internet, newspapers, YouTube are now part of the everyday world of policy making. Yet the manuscript was finished well before Twitter and Facebook really started to make their marks on governance, which I suppose also related to the emergence of smart phones that allowed people to follow, connect and respond very much the whole day.

Some nice counter arguments have been given. Ironically, one of the more interesting pieces was written on board of a plane, allegedly because there was no better movie on offer than ‘Planet of the Apes’ but perhaps it was also because Nigel Cameron could not twitter at 33,000 feet. In his reflection ‘Transcendent Texting, Mutual Curation, and Twitter as Tomorrow’ @nigelcameron suggested we have built a creative commons that we all can join, cf. http://bit.ly/tFEIdz.

We live in the luxury of having the possibility to get the advice on what to read from the best minds of the world. It is the perfect illustration of the functionality of networks, cutting across space and across many communities. We get and we give. In the early 20th Century Elias Canetti argued he preferred books over interaction with his peers as reading put him in touch with all the great minds of history. Well, Twitter allows us to connect to the best writings on the mind boggling issues that we are really struggling with. Search, read and reconnect, not a bad idea in these troubling times.

In this Age of Mediatization Twitter undoubtedly plays a role. Yet it is mostly that it creates trouble for those in government. Indeed, just now I found myself tweeting ‘The question Twitter raises is if public decision making can cope with its hyperreflexivity, its capacity to contextualize.’ Look at the Euro crisis and the way Twitter brings expert arguments to the scene. Nouriel Roubini, Martin Wolfe, Willem Buiter, and many others: their expert opinions are not only directly shared by key publics, they also respond and rebut, clarify and contextualize. Look at the reflections on the agreement of Durban: within 24 hours all sorts of analytical insights are shared and elaborated. New infographics show succinctly how big issues interrelate breaking down the barriers of elitist peer-review journal based knowledge accumulation that scandalously assume writers to keep their writings away for years, awaiting publication. While in the 140 character world of Twitter there is always still space for a ‘bitly’ reference helping those who want to read on and learn more.

It is at this intersection that the drama for politics unfolds. Using the traditional means, politics relies on a stage set of joint decision making in a classic décor of prestigious meeting rooms. Television diligently portrays the powerful as such. Yet it coincides with the world of crowd sourcing that is immediately at work to look behind the texts, think of omissions, and contextualize a political compromise.

While in former days general policy orientations would be worked out and detailed after a summit by behind-closed-doors policy experts, the political statements are now unpacked, scrutinized, weighted and judged by a public jury with sheer unlimited reflexive capacity.

This is not about dumbing down. But it surely calls for reflection on the very art of politics. How to be persuasive in this age of hyperreflexivity? Even within the luxury space of some 900 words I cannot provide but just some hints. Governance in the age of Twitter would be well served with a style of governance that seeks to mobilize the intelligence of the many publics interested in solving public problems. But this requires a mentality that aims for surprises, not one that seeks for control. It may focus on four principles. First, sketch a future oriented story rich and realistic, one that creates a perspective and that inspires others to help fulfil its promise. Second, and this is crucial, impose the rules and regulations that belong to that perspective. Even in this age most people look to government for rules that prevent free riders from turning their back on politics. Regulations may be tough but they create the rules-of-the-game without which there is only chaos. Make them dynamic: the goal should be clear but you know that you may have to readjust as the world out there is more complex and creative than you can know in advance. Third, invite people to contribute, both in actions and with their reflections. This is not the age in which one big idea is going to change the world, it is the capacity for many small initiatives to connect and produce results. I call it the energetic society. Where the rules of the game are clear (e.g. a good price on carbon emissions) many innovative ideas will emerge. Fourthly, invest massively in good monitoring and feedback using the policy analytical tools to come up with benchmarks. There is nothing as inspiring as the successes of others.

Surely, Twitter is just a technology and many of its uses are trivial. Yet it is also a symbol for a new social context that requires us to rethink how governments can use the reflexive capacity that we now suddenly have. This enhanced capacity for learning can also be a major tool for governance. We are all curators now.